Around the world trip Facts and Figures

Well hello there! It may not seem so, but we are still alive. It has somehow been a whirlwind around here since we’re back from the around the world trip. Hubby is back to work, kids are back to school and I am back to  the daily routine. We thought it would be interesting to put together some random facts and figures of our trip, until we get to write about hotels and visits. So here we go: 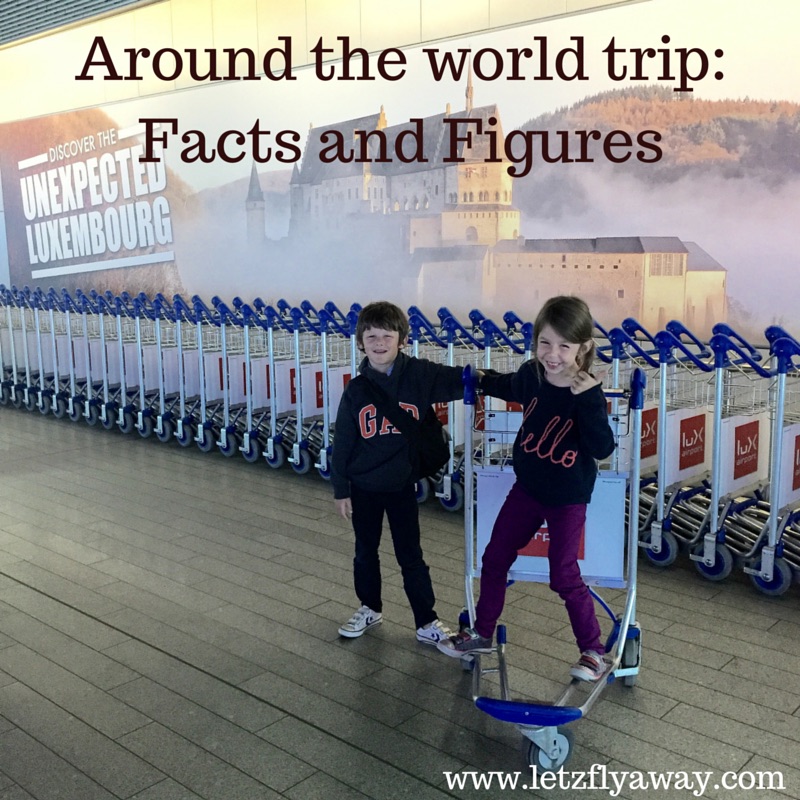 Around the World Trip Facts and Figures

The only time we met other Luxembourgers was in Whistler BC.
Hotel fire alarm in Australia at 1.30am (false alarm)
Shark alarm at Bondi beach
Multiple Flash Flood Warnings in Hawaii
Wind Storm in Seattle
Ride evacuation at Magic Kingdom
Almost affected by Lufthansa strike (a day later our return flight was cancelled)
Bumped of 4 full flights (oh the joys of standby travel)
We almost spend a night on the floor at Seattle airport

Last but not least a story that happened when we arrived in Perth. The indian taxi driver told my husband: take your son on your lap! But hubby was tired and jetlagged and even after several repeats, he wouldn’t get what the driver meant. After a silence he said: Should I put him on my shoulders? Em nope, on your lap, sir, on your LAP. We had a great laugh!

We want to hear about YOUR anecdotes while you were jetlagged! Please share them in the comments section below. 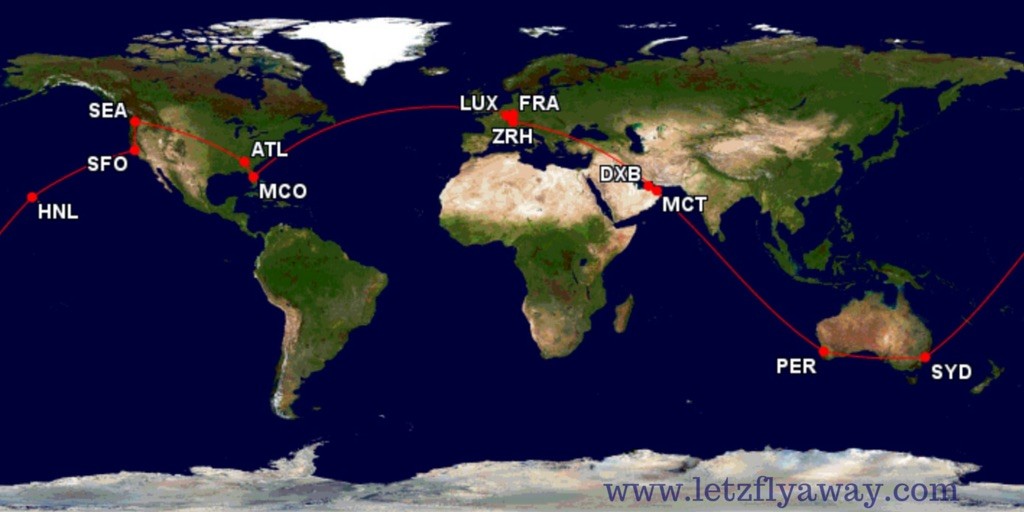 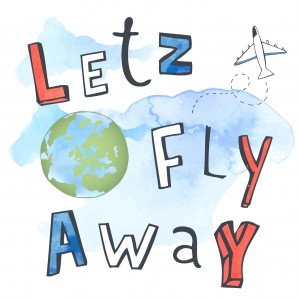 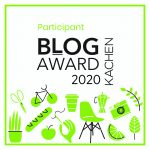 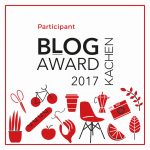 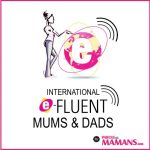 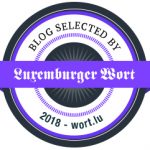 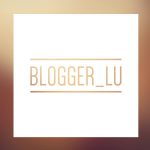